The Confluence of Influence [Part 1]

An uncle of mine used to play at ‘disco’s’ (ko di diskhong) in the late 80s in the little village of Mogobane where I... 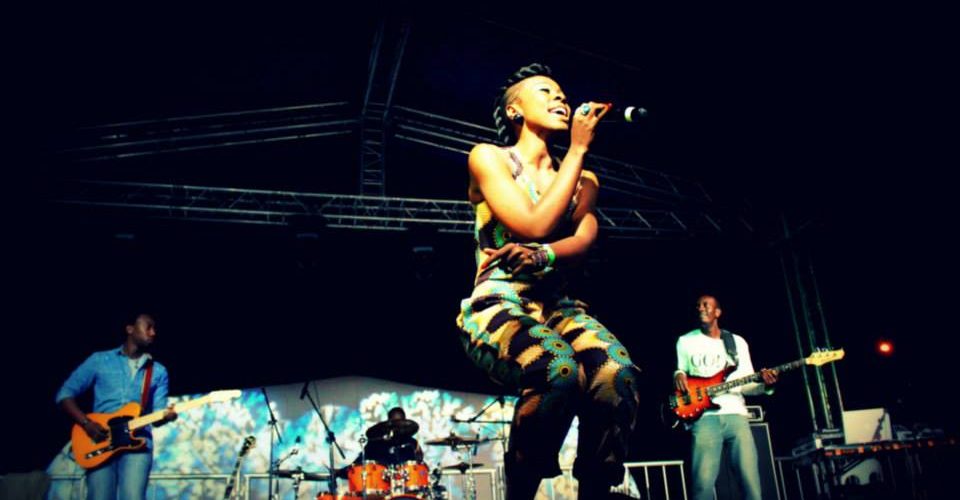 An uncle of mine used to play at ‘disco’s’ (ko di diskhong) in the late 80s in the little village of Mogobane where I come from, dudes that new him then called him “Bopha”; never really new what that meant but at the time I sort of did gather by the number of people that used to like him that he was kind of cool. Yea, cool he was. From those days on I think my passion and love for music was sparked, my cool cousin Israel “Easy” Joberta (MHSRIP) and his friend Percy Chisela would come into my space years later and further fuel my obsession with music and art by introducing me to the early sounds of funk, soul, jazz and hiphop…a love I still clutch onto, to this day.

These recollections or memorable moments with the people that I loved, looked up to and in many ways idolized are the milieu from which I commence my exploration into the world of ‘influence’, ‘influencers’ and the role they play in stirring up society’s chemical balance in relation to the things they like, enjoy, need, want, hate, admire, respect and care about the most.

I had a conversation a blogger friend of mine, Brilliant Kodie following a tweet we’d both picked up on and both found ourselves rather uncomfortably taken aback by (lost the link but i otherwise would have shared it here). Long story short, a certain brand (no need to mention names here) was launching a new product and as is standard practice now had invited a few social media/blogging high flyers to be part of the event. The tweet we make noted of went on to call a certain individual a social media influencer, quote on quote “social media influencer X at our Y product launch”. For me this begs the question, “what exactly is influence?” and further gets me wanting to interrogate and understand why at all brands seek to use influence as part of their online media mix or tactics. The quoted statement had me a little uneasy for some reason; as innocent and as well intended as it might have been, i felt at the point at which it came across my timeline that something was awfully going of the rails. My main angst came from the labeling of an individual as something that their trade and action online actually results in – influence; it was as though being a ‘social media influencer’ was a full on career (there’s a huge possibility that it is now, somewhere in the world) versus being a descriptor to the outcome.

I have an acute interest in the domain of influence both as an individual who lives in world where there’s so much influence that goes around, as well as a custodian to a few brands wherein in my work I have the responsibility to advice on engagements with such individuals. My uncle was the first notable brand that I thought exuded the type of ‘swaggu’ that had many a village boy aspiring to be like him – handsome young man, lady killer, red 80’s car, superstar soccer player and a fashion sense to match, I’d say he was real instrumental in my view.

So what does the modern day picture of influence look like? Perhaps the question that I should be asking is what this phenomenon is, with a view to determine the inner-workings of it’s form, what it’s lifeblood is, how exactly we can harness it’s power and exactly where were can rightfully place it in the larger operating domain. Influence to me goes beyond the platform types that this generation often connects on, beyond stereotypes and environments that particular demographics are exposed to at a given time. It’s a result of an experience with a moment; a person that inspires you (sticking to the positive, because friends can be bad influences *chuckles*), a moment or a-ny-thing that stands out in our own lives. Music is a huge influence/influencer; just take a look back at what P-Side, Mr. T, Vee Mampeezy, HsP, Eric Ramco, Da Vet Crew, Lords of the Ghetto, Uncanny Sess, Culture Spears, Maxy, Mr. O, Dj Sly, Easy B, Dj Buns and all of urban/popular culture did for a whole generation, our generation. That amount of influence is immense and spans whole communities and is simply beyond measure because we can’t quantify it.

Flip the script on this coin – we’ve got influence coming from captains of industry, young entrepreneurs, businesses that speak to us, sports stars, family, media, politicians, education and way more. Queue in social media and we almost immediately have the all the bolts, wrenches, spanners, spare wheels and everything that gets this vehicle moving giving massive opportunity to everyone. The Internet is the freedom square and it doesn’t get anymore democratic than that when it comes to what type of content people will gravitate towards and just who will rise to the top as the most watched.

And rise they have!!! The fashion, travel and styling fraternity have enjoyed the lion’s share of work and public recognition in recent memory when one thinks influence and the social media space. As somebody that plies their trade on the internet space, if feel it’s necessary to acknowledge people like Kaone Kario, ATI, Mothusi Lesolle, Nature Inger, Tsholo Dikobe, Uyapo Ketogetswe, Dramaboi, Brillian Kodie, Thapelo Letsebe, Faded Gang, Tumie Nthutang, Thuto Sekate, Botocy and the entire wolf pack in BW that is and has been coming for everything. This is by no means a name dropping party but to make the point here I must continue to say what Thalefang Charles, Sasa Klaas, Lesego ‘Leshie Love Song’ Nchunga, Zeus, Gwen Isaacs, Loapi Events, Kabo Olesitse, Veezo, Mjamaica, Tonderai Tsara, Team Ideas Expo, Intellect G, Ban T, Kabelo Binns, Drew Chadhall, Ozi F Teddy, Jam for Brunch, Naked Soul Sessions, Bang Gae, All Kasi, The Room Sessions, Hub Music Series, The Jazz Exchange to name but a few have done in getting conversations started, setting things in motion – inducing actions, influencing things is quite remarkable.

With all this at play, there’s bound to come a point where brands want to get involved in all this fanfare. And who can blame them, attention is everything in marketing and engagement is even an more inviting incentive. In this day in age brands and micro-sources of influence are inherently interlinked and are bound to find common ground. The relationships have to be gotten right from the onset, because getting involved in and coming up with content like the post I discussed earlier is not the sort of thing that I’d personally rubber stamp.

So hello there influential individual, how have you been. I’d like to hear from you on this. People have questions around your craft outside of the label. So who is the modern day influencer, who determines that you get to be an ‘influencer’ and at what point? Why, how do you know, how do we know? What makes up the little nuggets of influence that you command? How do we know when you are influencing us? What is the right way to get value out of the influencer conundrum/relationship? Whats works for you? What doesn’t work for you?

My view is that we first off need to recognize each other for who and what we are and be complementary in our relationships – whether at the end of the day I’m a mere suppliers of a service or not. Part of the challenge is that brands struggle with the balance of power meaning most of the time when two parties get involved, they more often than not cannot shake hands as equals (I’m the pond, you’re the fish) resulting in instances where people with follower-ships are subjected to being simple influential individuals speak on their behalf of brands rather than doing work than is aligned to what it is that they stand for. I’ll be writing soon again about this subject, in the meantime do share you feedback. Let’s spark something!