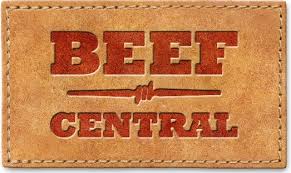 So long as the beef goes on – Ramco weighs in

Anybody that knows a little BW history knows that Eric Ramco, is not only instrumental to the urban music game but also pivotal in...

Anybody that knows a little BW history knows that Eric Ramco, is not only instrumental to the urban music game but also pivotal in creating a platform where many BW Hiphop legends would come to thrive. The legendary producer took a minute to share very sharp take on the current ‘beef’ between Ozi F Teddy and everybody. Yup, Ozi F Teddy diss joint took more bodies than a coroner post a…well, you get the picture. Since his Murda Summer drop made it’s way onto the interwebs, the industry has been buzzing and many have either ‘replied’ or declined to participate in the beef fest because of stature. HeartBeat and Elevam Management’s Frost did however drop a whole joint, and that there is what Eric Ramco pins his views on who won this round in the beef.

“I promised that I would give my opinion regarding “Ted Talk: the Ozi F Teddy diss” by Frost. It’s only fair that I do: after all I spent a better part of this month telling all and sundry how talented Ozi is.
I listened to Frost’s reply. It’s a brilliant piece of work. I will not waste anybody’s time ka go buwa gore Frost is a f#cking good rapper. Everyone knows that. It is not even debatable.”, says Eric Ramco.

See the rest of what he had to say, a well thought through and thorough analysis i must say